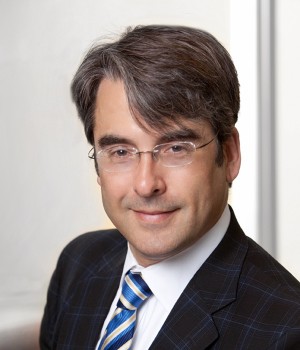 Sherrard (Butch) Hayes has spent nearly 25 years trying lawsuits and counseling some of the largest institutions in the world about significant business, technology, and employment-related matters. His clients include Fortune 50 international companies, smaller organizations, and individuals. He has tried multiple state and federal matters, and has appeared for clients in court proceedings across the country. Butch’s matters include a range of complex technology, employment, fiduciary duty, business, licensing, contract, patent, ethics, employment, and tort-related matters. He has secured as lead counsel for his clients a range of outstanding results, including large financial recoveries in the eight-figure range. He is a trusted counselor who has significant business and management experience that allows him to bring a broad perspective to his clients’ needs.

Board-certified by the Texas Board of Legal Specialization in Labor & Employment Law, Butch has spent a large portion of his career advising businesses in matters that bridge technology, contract, and employment matters, and frequently appears in federal court, as well as in matters involving emergency or extraordinary relief. He has tried in arbitration a range of matters privately, and has secured very positive results in “bet the company” litigation. As importantly, Butch has also worked in less public ways to secure confidential resolutions to issues of the most sensitive nature.

Prior to forming Weisbart Springer Hayes LLP, Butch spent two decades at two of the country’s largest law firms, Vinson & Elkins, LLP, and Fulbright & Jaworski, LLP. He spent several   years practicing law and acting as Administrative Partner and Partner-in-Charge of Fulbright & Jaworski, LLP’s, Austin office, where he oversaw the financial and logistical operations of an office with close to 200 partners, associates, professionals, and administrative employees.  Butch brings to his clients’ needs practicality, creativity, and a unique business-oriented perspective.

Butch is a proud husband and father of two great young men, even if they are a bit too much like their father was at their ages. Butch was an awarded Div. I college athlete, who from time to time still engages in tennis tournaments on the national level, but only with guys who are as old as he is.

Butch has significant clients who have been with him for more than two decades. They will tell you that he brings to the practice humor, business sensitivity, and a professional level of aggressive advocacy where needed. He maintains positive relationships within the bar, and places great value on the relationships and reputation he has earned with judges, adversaries, and clients.